While the phrase “unprecedented times” was surely uttered at an unprecedented rate this year, the non-Brexit trade deals were not so widely covered. To address this topic, I’ll consider two significant 2020 trade deals in this post. One of these deals established the largest trading bloc in history. The other is a potential deal involving the United States’ largest trading partner, the EU. Unsurprisingly, both deals involve China, a trading power that has been shifting its focus from manufacturing to the service sector. Both deals share another driving force: the hard lessons many companies learned about the risk of concentrated global supply chains in the wake of the coronavirus. Now that we have an idea of the common motive behind these deals, let’s take a look under the hood to assess their impact on the participants and the potential influence they may have on portfolio strategies moving forward.

The Regional Comprehensive Economic Partnership (RCEP) was signed on November 15 of this year. But the deal will not go into effect until 60 days after at least 6 of the 10 members of the Association of Southeast Asian Nations ratify its contents. The RCEP’s 15 signatories are Australia, Brunei, Cambodia, China, Indonesia, Japan, South Korea, Laos, Malaysia, Myanmar, New Zealand, the Philippines, Singapore, Thailand, and Vietnam. If ratified, this deal would create the largest trade bloc in history, encompassing roughly 30 percent of the global population and GDP.

So, what does the establishment of this trading bloc do for trade? The deal is expected to greatly reduce tariffs on imports between its members. It will also establish common rules for e-commerce, trade, and intellectual property. The goal is to help improve international supply chains and reduce export costs and unnecessary red tape throughout the bloc. Unlike the Trans-Pacific Partnership (which includes many of the RCEP members), the RCEP does not focus on labor unions, environmental protection, or government subsidies. Notably, while India pulled out of the RCEP negotiations, it could decide to rejoin the deal in the future. Additionally, other nations could join the RCEP 18 months after the bloc goes into effect.

Trade Negotiations Between the EU and China

The second deal, the EU-China Comprehensive Agreement on Investment (EU-China CAI), has seen negotiations pick up as of late. The EU-China CAI, which began with discussions in 2013 between the two parties, looks to increase investment between the EU’s 27 members and China. It seeks to establish a legal framework and common rules surrounding subsidy transparency, state-owned enterprises, and labor policies. Ultimately, the deal would allow for investment to flow more freely between the EU and China. Whether the two parties will agree on the deal’s framework won’t be known until 2021. The European Parliament is required to approve any agreement. In addition, the deal appears to have a framework addressing labor rights similar to that of the Trans-Pacific Partnership.

Both the RCEP and the EU-China CAI have been negotiated on the back of the U.S.-Mexico-Canada Agreement (effective as of July 2020), the U.S.-China phase one agreement (effective as of January 2020), and the Brexit trade agreement talks. The impact of these recent trade deals remains to be seen. But it’s clear there has been a pickup in trade pacts as nations group together in an effort to bolster their local economies. If indeed the pickup is intended to improve supply chains and remove trade bottlenecks, it would be supportive of global growth. That said, we should keep in mind the parties involved in these trade pacts.

With the RCEP and the EU-China CAI, we see the increasing involvement of emerging markets (such as Indonesia, Korea, Malaysia, the Philippines, and Thailand) and international markets (Australia, Japan, New Zealand, and Singapore). The trade evolution of these countries might become similar to China’s emergence as a significant player in global trade after joining the World Trade Organization in 2001. As to the U.S.-China phase one agreement, time will certainly tell how the deal works out globally, as well as which country will hold up its end of the deal. (As of November 2020, data shows that Chinese purchases of U.S. goods have fallen short of the agreement.)

Investors would be wise to keep these large deals and their potential impact in perspective when thinking about asset allocation, especially for the long term. Although the deals discussed above were not as widely covered as the U.S.-China phase one deal or Brexit trade agreement, they are projected to have a significant effect. The Peterson Institute for International Economics estimates the RCEP trade bloc will add $186 billion to the global economy. Many of the countries involved in these deals already have low tariffs, which have led to lower costs in the industrial machinery, electronic components, and auto components industries. The RCEP and EU-China CAI demonstrate the continued globalization of the world economy over recent decades. We can certainly expect this topic to continue to be common in the years ahead. As for me, I would be happy to see increased discussion of trade deals in the news once more, when the world can safely turn its focus away from the coronavirus pandemic.

Editor's Note: The original version of this article appeared on the Independent Market Observer. 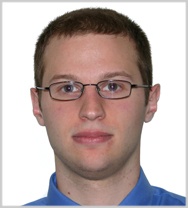 Peter Roberto is an investment research associate on the Investment Management and Research team at Commonwealth®, member FINRA/SIPC, an independent broker/dealer–RIA. With the firm since October 2012, he assists with manager evaluation and dissemination of research. Peter is involved in the investment process, attending due diligence meetings, assists with market research and commentary, and supports the advisor force by handling inquiries related to the Mutual Fund Recommended List. Peter graduated from Worcester Polytechnic Institute in 2012 with a BS in management.