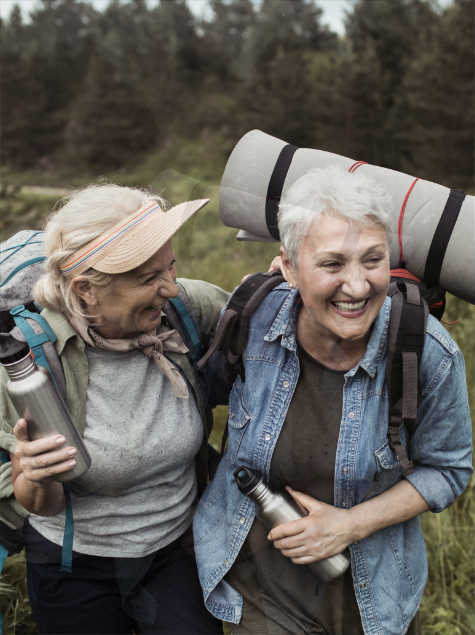 With the U.S. Supreme Court decision in the case of Obergefell v. Hodges on June 26, 2015, estate planning for LGBTQ+ married couples became equal, under the law, to planning for other married couples. But, as with any historic decision, unique and unforeseen challenges—for financial advisors and their clients—have emerged in its wake.

Clients married after June 2015 who didn’t engage in any type of estate planning before that date will find the same planning assumptions used for heterosexual couples come into play. But when starting LGBTQ+ estate planning for clients who were married, were in a domestic partnership, or were engaged in significant planning before June 2015, a comprehensive review of any former plans is a must.

Dissolved partnerships. Perhaps more concerning, if clients were entered into a domestic partnership but broke up without formally dissolving that partnership, it’s possible they’re legally married—and don’t even know it. How can this be? Some states automatically converted domestic partnerships to marriages after the Obergefell ruling. It could also be the case that some same-sex couples married in a different state than their state of residence (e.g., couples living in Texas who got married in Vermont) and may have broken up thinking the marriage “didn’t count” because their state of residence didn’t recognize it as a legal union. At the very least, it’s worth checking for these potential pitfalls to ensure that clients can move forward with a fresh slate.

Don’t Leave It in the Past

Past planning focuses on couples who have been together since before the Obergefell ruling. Unlike purge planners, these clients likely have accurate beneficiary designations naming their partner (now spouse) over the years. If these clients engaged in pre-2015 estate planning, however, those plans may no longer make sense if the clients have since married.

Tax planning. Pre-2015 LGBTQ+ couples couldn’t make use of the “unlimited marital deduction,” so estate tax planning is the most obvious change for these clients. Some may have created a variety of post-death trusts and other transfer schemes to protect assets when one partner predeceased the other. These clients could change these plans to provide much greater flexibility to the surviving spouse.

Marriage benefits. Another big part of past planning for many LGBTQ+ clients is educating them on the benefits of marriage. Many same-sex couples have remained unmarried despite the legal changes in the wake of Obergefell. If so, their past plan may be correct, but they may be totally unaware of the potential income and estate tax benefits of marriage. Further, many states offer married persons a “joint tenants by the entireties” ownership option for real estate and other accounts, which offers extra creditor protection to the marital unit. Of course, there are reasons to remain unmarried, but this type of comparison past planning could be a helpful exercise for financial advisors to run through with some LGBTQ+ clients.

A major element of LGBTQ+ estate planning is helping clients understand the general parentage assumptions they face and how that may inform their financial plans and potential financial goals related to becoming parents. There is essentially a four-part matrix for LGBTQ+ parentage rules: whether the clients are married or unmarried serves as one part, and whether the clients birthed or contributed to the birth of the child or not serves as the other part.

Married couples. Married couples where one partner gives birth to the child should receive treatment very similar to different-sex couples. This is thanks in part to the U.S. Supreme Court ruling in Pavan v. Smith, in which the court held that Arkansas could not apply a different parentage assumption to the wife of a birth mother than the state applies to husbands of birth mothers. But married couples that use a surrogate will likely have to rely on their state’s adoption procedures. At least in some states, though, the “second parent adoption” procedure is easier for married couples when one spouse is a biological parent.

Unmarried couples. Unfortunately, the rules are much tougher for unmarried couples. The Uniform Law Commission has done its part by drafting the 2017 update to the Uniform Parentage Law, which promotes the use of “voluntary acknowledgment of parentage forms.” At its core, this proposed law seeks to assign parental rights at the birth of the child to the two people who sought to create a family, often through assisted reproductive technology, rather than assigning those parental rights as a default to the gestational carrier and/or genetic contributors. As of this writing, only five states (California, Connecticut, Rhode Island, Vermont, and Washington) have enacted a law substantially similar to the updated Uniform Parentage Act.

More disconcerting, some states are still passing laws that deny adoption rights to unmarried persons or persons with no genetic connection to a child—seemingly targeting the LGBTQ+ community directly. As a result, many practitioners encourage same-sex couples to “adopt their own children,” as strange as that sounds. This way, if the clients break up and move, states aren’t required to follow the default parentage laws of other states the way they are required by the U.S. Constitution to give “full faith and credit” to the orders of other states’ courts.

It’s also important to note that the interaction of state parentage laws and federal and international law don’t always move in sync. If a partner is not a U.S. citizen but is the genetic parent of the couple’s child, that child may not be granted automatic U.S. citizenship in certain cases—even if the nongenetic partner is a U.S. citizen and acts as the child’s parent. Special attention should be given to these cases to ensure that the child can remain with either parent in the future.

Some LGBTQ+ clients may face challenges in their interpersonal and family relationships. Many of the default assumptions about trusted family members and the likely nominees for roles, such as agents under powers of attorney or guardians of minor children, may not apply. This situation could be even more acute for single LGBTQ+ clients who may have strained or estranged relationships with family members and no default spouse to nominate. So, it’s very important to take the time to understand these clients’ family dynamics and get a sense of the makeup of their personal support systems.

Beyond whom will serve as agent, documents like powers of attorney are important in their own right. LGBTQ+ clients may be more likely than their heterosexual counterparts to have health care and other estate planning decisions challenged by their partners’ family members. Thus, it’s important to ensure that LGBTQ+ clients have executed very clear statements of their wishes regarding health care treatment options, end-of-life care, and burial decisions. As to estate planning, these clients may find using an in terrorem clause helpful in preventing challenges to their preferred plan of distributions. (This is the clause in many last wills and trusts used to prevent or reduce challenges to the distributions described in those estate planning documents.)

Be the Trusted Ally

Although great strides have been made toward equality over the past several years, LGBTQ+ clients face unique challenges that require care and attention. Serving as an understanding and informed financial advisor who is knowledgeable in LGBTQ+ estate planning is a great first step in becoming a trusted ally.

Keven DuComb is an advanced planning consultant at Commonwealth. With the firm since May 2019, Keven provides financial planning support—including estate, trust, charitable, education, business, and social security planning strategies—to affiliated advisors. He has a BA and JD from the University of Michigan and an MBA from the University of Michigan Ross School of Business. Keven is a licensed attorney in Michigan and Vermont.