Building a bustling advisory business in three states calls for a great team. That's why, in addition to leading her busy support staff, Nichole looks to Commonwealth to be the team behind the team. "We all want to focus on what we do best. And what do I do best? I develop relationships," says Nichole. "Commonwealth provides all these services that help my team be its best so I can go focus on growing the company and developing relationships." How would Nichole describe her relationship with Commonwealth? It starts with family.

How does partnering with Commonwealth affect your happiness at work?

It comes down to the relationships I have with people at Commonwealth. I feel like Commonwealth is my family. One day, I called the operator because I didn't know who I needed to talk to—I just needed to talk to somebody fast. She puts me on hold and John Rooney, the managing principal in San Diego, picks up. I ask "John, why are you answering this phone? I just have an easy question." And he says, "Oh I know, I just wanted to say hi, so I'll help you. What's going on?" I just needed a statement. While I understand that's the relationship that I have with John, that effort is the foundation of Commonwealth. And I think it's huge.

How is compliance support different at Commonwealth?

Here, it's, "We're going to help you have a compliant office." The Compliance team is there as our friend or ally or helper. They're not there to shut you down or make it hard for you to do business. We're on the same side of the table. When we do have an audit, we call Commonwealth, and guess who assists us with all the work? I can't tell you how awesome that part is.

There's more than one way to independence. We support them all. See how Commonwealth can support your business model today and into tomorrow.

How would you explain the community-centered culture at Commonwealth?

I think you feel more like a valued client. We're always called clients, instead of one out of tens of thousands of advisors. The hard part is trying to explain the difference to advisors outside of Commonwealth. Because until you've experienced it, it's hard to grasp it. So, when you say you're not just a number, you really get to know the partners, you'll get to know all the people, you'll feel like your business is being cared for . . . they're like, well, yeah, yeah. They think they know, but they don't really know because Commonwealth is such a different experience. But you get them after transition, and they can't believe it—the difference is awesome.

How does Commonwealth make your support team's life easier?

My team can call the 800 number, press 2, and someone answers the phone. When I talk to people from other firms, it's a 45-minute hold. They call their service department, hit the speaker button, and they wait, and it could be 20 to 45 minutes before someone answers. So, the fact that here someone answers in eight rings, four rings, is dynamite. I think for advisors coming from other firms it's more, "Wow, so my staff can just . . . call?" 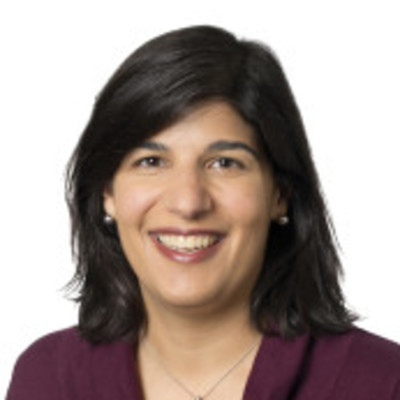 Are we a match?